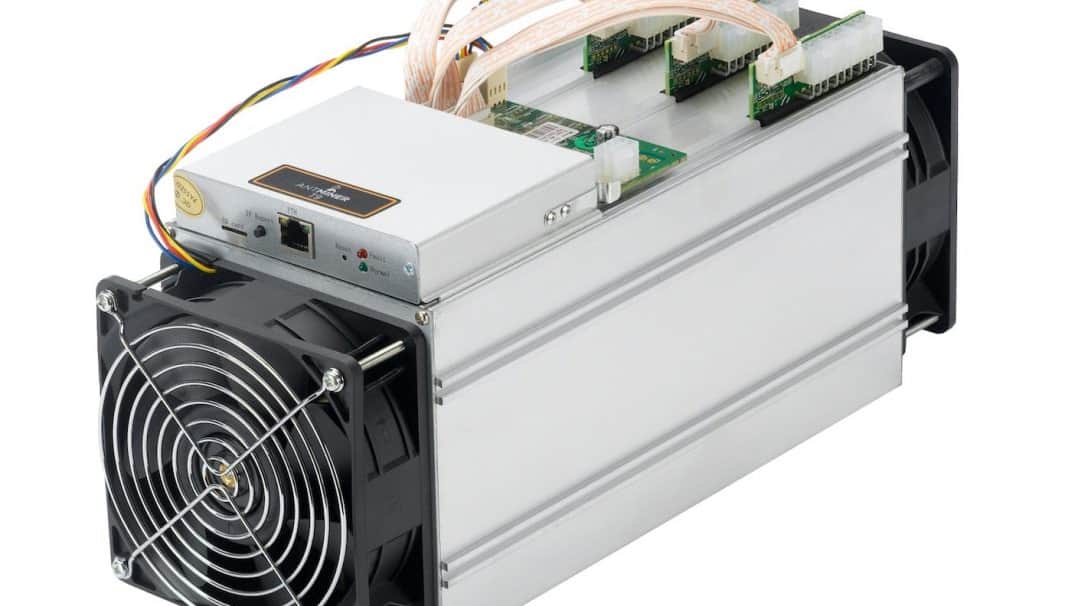 Well it’s a new year!  Happy 2018 to all of our readers! 2018 brings a lot of unknowns and a lot of uncertainty. And right in the middle of all of that uncertainty is Bitcoin in all of its weird and crazy glory.  People are mining bitcoins like mad. Hardware is in such demand that the supply of Antminer ASIC mining hardware is at an all time high reaching more than double it’s asking price in just two months. And to top if off, price scalpers on eBay and Amazon are selling the Antminer S9 for almost $10,000 to people who are being driven by hype (note: At $10,000 the Antminer is not a good deal if profit is your motivation). This has brought back a rush of people asking the question: Is mining bitcoin with a GPU something to consider at these insane ASIC prices? Let’s explore this conundrum and find out. The facts might surprise you! 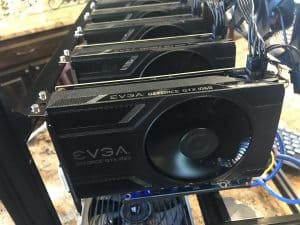 Mining is a funny term. You’re not really “mining” bitcoin in actuality. Bitcoin (and other cryptocurrencies) are based on a technology called Blockchain. Blockchain allows for a public ledger of transactions that are secure and safe from hacking. Miners are simply people or businesses who contribute the processing power of computers to the blockchain network, generally through a mining pool.  This compute power could be CPU, GPU, FPGA, or ASIC based. Indeed in the early days of Bitcoin, mining was exclusively CPU based with GPUs following not too far behind. In those early days it was even possible to mine Bitcoins with computers as small as a Raspberry Pi. As the network grew and the difficulty rose, miners quickly moved to mining Bitcoin with a GPU.

As you can see over time mining power has increased exponentially. An ASIC based miner which costs roughly $2500 today can perform the work of 12,000 PCs which would cost $18 million dollars. The ASIC miner makes far more sense.

How the Bitcoin Network Size Effects your Miner

It’s super important before we go any further with a discussion of mining Bitcoin with a GPU that we stop and understand how the network size affects mining.

Some are likely to think with more miners on the network more Bitcoins will be mined.  This is indeed false.  Bitcoin is released at the same rate regardless of network size. Bitcoin has a fixed supply and fixed schedule that is followed. When Bitcoin mining first began, Bitcoins were released at a rate of 50 coins every ten minutes. 50 coins would be released whether there were 10 people mining or 10 million people mining.

Today, just 12.5 Bitcoins are released every ten minutes, but the number of miners has increased 10,000%.  To put this in perspective, if ASIC mining were nor a thing there would be ~25 billion CPUs mining Bitcoin today.  That’s insanity!  So 25 billion CPUs mining only 12.5 bitcoins per ten minutes. Are you ready to put this in perspective? With your desktop PC mining only with your CPU you are 200 times more likely to hit the lottery in your state than you are to ever find a Bitcoin.

Fantastic, but mining Bitcoin with a GPU has to blow that away right? I mean you can put six GPUs in a computer and get the Bitcoin mining equivalent of 180 CPUs.  That will dramatically increase my odds. It sure will! You’ve now leveled the playing field!  Your just as likely to win your local state lottery as you are to find a Bitcoin.  See the problem?  To find a Bitcoin you need a LOT more processing power.

What about Mining Pools though Mike?

Some of you more familiar with mining are saying “Wait a minute Mike, no one solo mines. I don’t need enough power to find a coin on my own!  I’ll just mine in a pool and share the rewards.”

This again might sound like the way to go at first.  Just toss all of your GPUs into a local mining pool and share the rewards based on the percentage of work your miner submitted.. Mining with a GPU just became profitable again! Well, not so fast.  Let’s look at the numbers.

With a GTX 1060 GPU you’ll be capable of about 20 MH/s Bitcoin hashrate. As part of mining pool, your GPU would bring in about $.000112 a day of revenue. The 1060 uses about 95 watts of electricity.  With an average electrical cost of 10 cents per kwh.  Your total electricity spend would be $6.84 a month. This quite literally puts you $6.84 in the hole every single month. 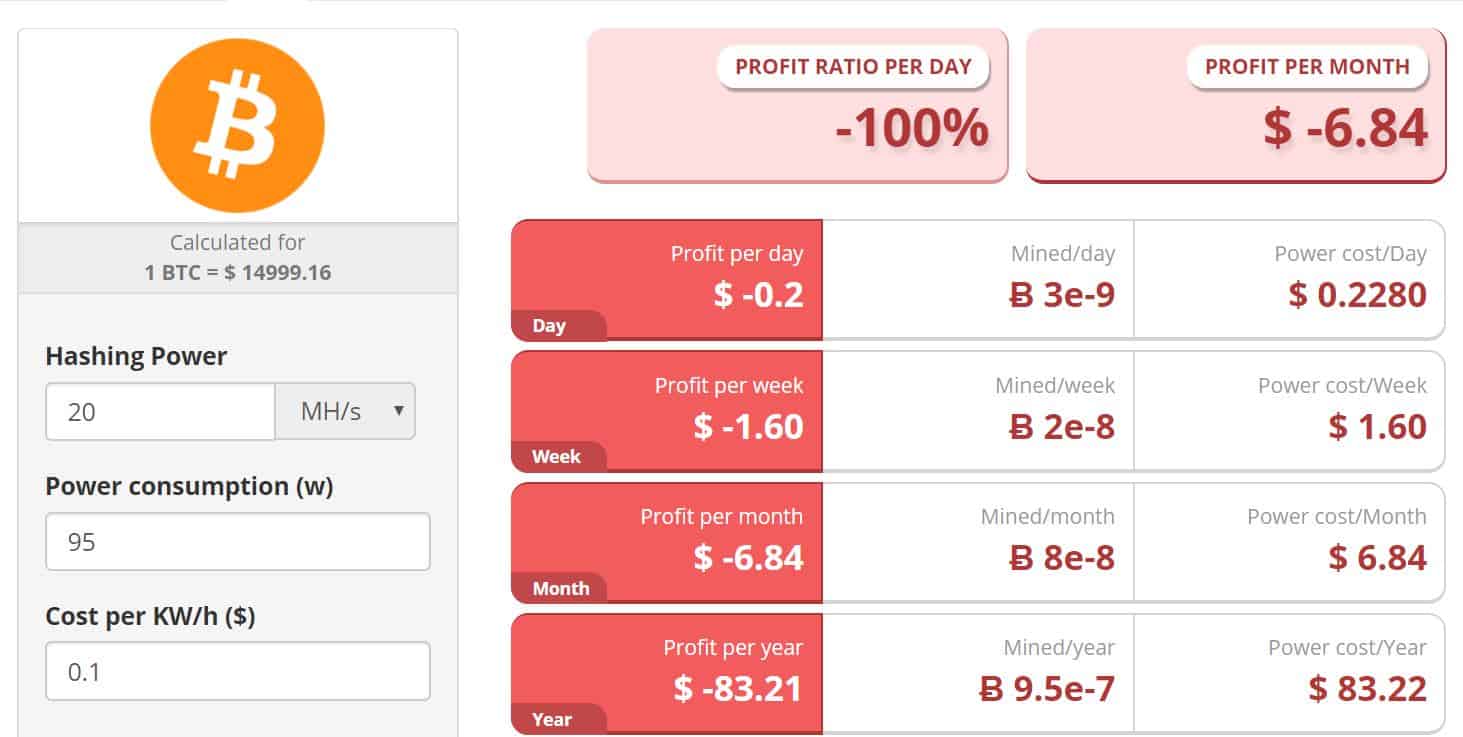 Let’s face it. Mining Bitcoin with a GPU is not profitable in 2018.  Can we stop the madness now?

Mining Bitcoin with a GPU: Hope is Not Lost!

But wait! There’s more! Hope is not lost for mining with a GPU. There are plenty of alternative coins that can still be mined with a GPU rig. These coins include Ethereum, ZCash, ZCL, and many more. Check out the tour of my Ethereum mining rig and my post on learning to mine Ethereum to learn more. I also did a comparison of the most profitable mining GPUs for 2018.

Hope you have a fantastic 2018 and GPU mine the heck out of those alt-coins! 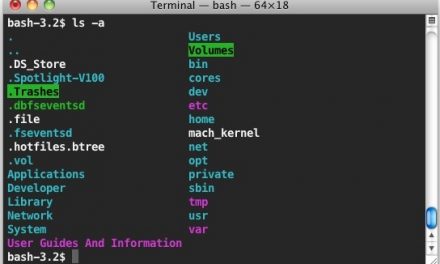 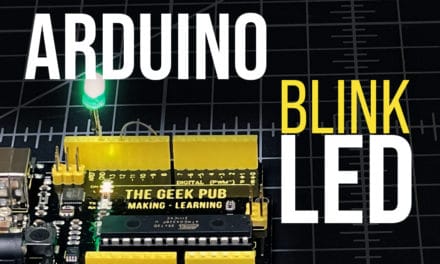 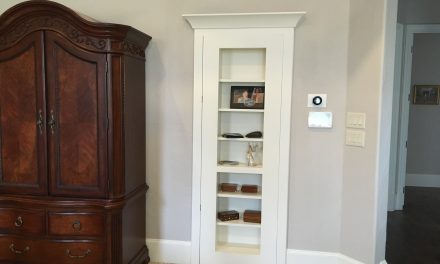 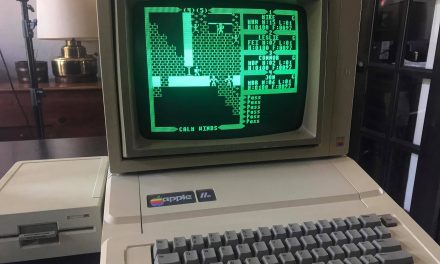