What is a Capacitor? – Electronics Basics 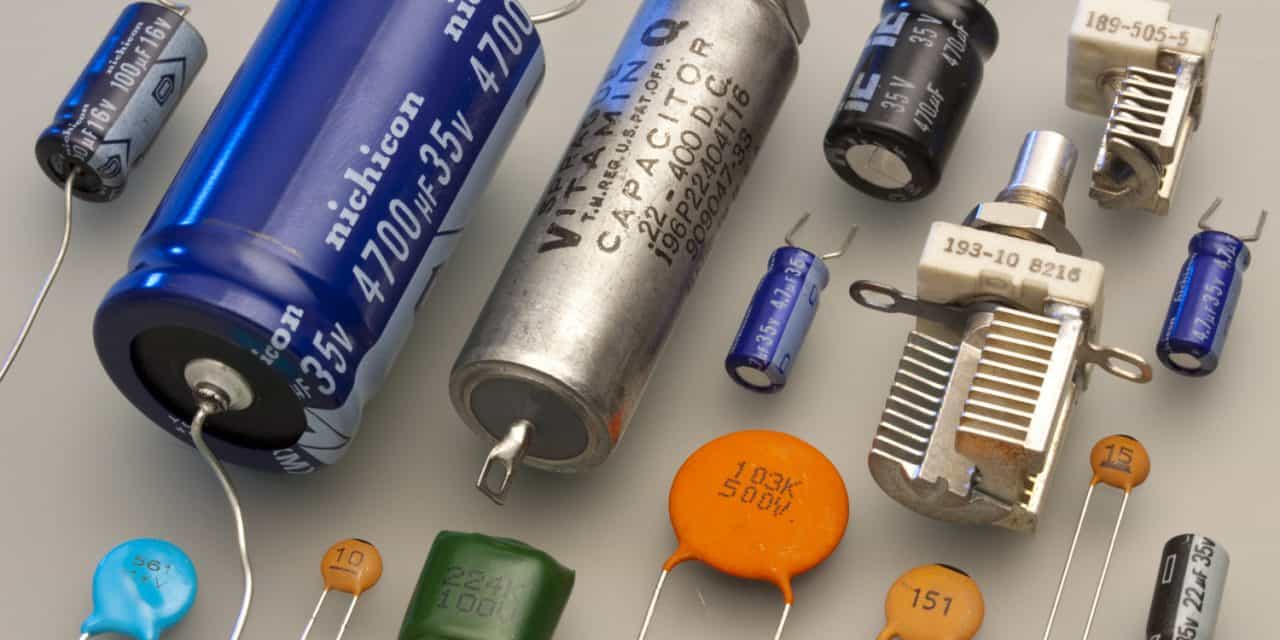 In this tutorial, we’re going to answer your burning question: “What is a capacitor?”! Capacitors are one of the most basic components used in electronics and most all of our projects incorporate a capacitor in some form or another. Understanding how they work and how to use them is a skill most beginners should learn. There’s almost no circuit which doesn’t have a capacitor included in it!

What is a Capacitor?

A capacitor stores and electrical charge over time, in many ways similar to a battery does. However, capacitors store smaller charges than batteries and operate under slightly different mechanics.

There are numerous different materials used to manufacture capacitors, but the most basic way to think of them is two metal plates separated by an insulating material.  The plates can be made out of various materials and very conductive in nature. Some examples are Tantalum, Aluminum, Silver, and even Liquid Mercury!

The insulator’s (known as a dielectric) material also varies and some examples include Ceramic, Rubber, Paper, Glass, or just about any material that acts as an insulator by obstructing the flow of current between the two plates. 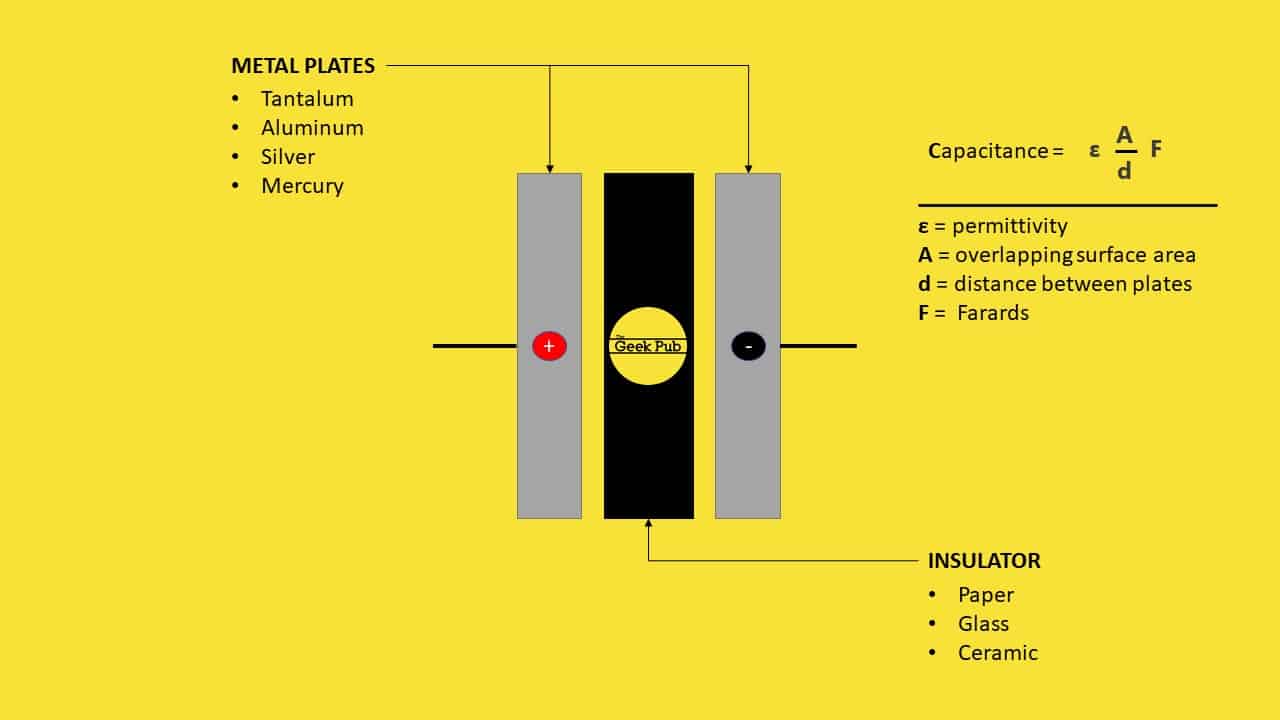 We measure the charge or capacitance of a capacitor in a unit called Farads. Many capacitors have capacitance levels below a full Farad, and those are usually measured in microfarads, represented by the μ symbol (micro), and will be something like 10 μF or 47 μF.

Metal (and many other materials) typically have an equal amount of positively and negatively charged particles residing in their atomic makeup. In this state we call the material electrically neutral. 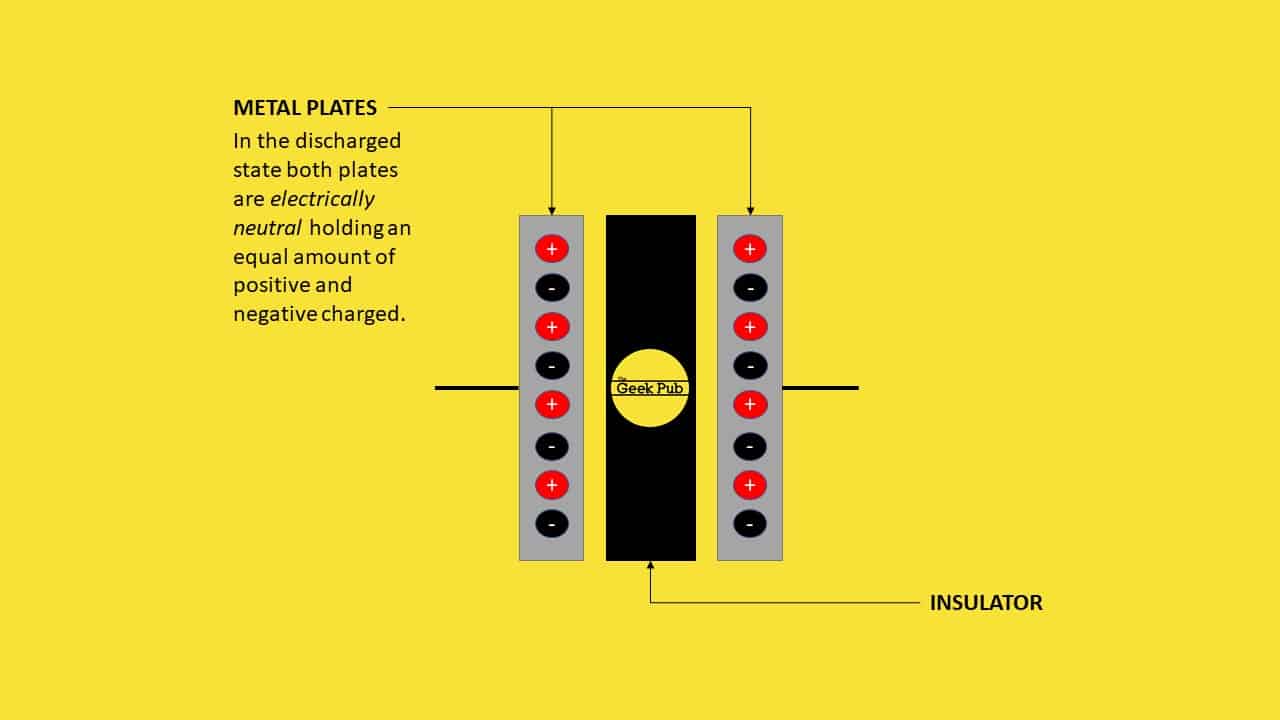 A capacitor is charged by connecting it to a power source such as a battery. Current from the battery will try to flow into the metal plates of the capacitor, but the insulator between the plates will stop the flow from occurring, and rather electrons will begin accumulating in the negative plate. After the plate has reached a certain level of accumulation (based on its design specifications) the battery will no longer be able to flow new electronics to the plate. This is the point where we consider the capacitor to be fully charged. 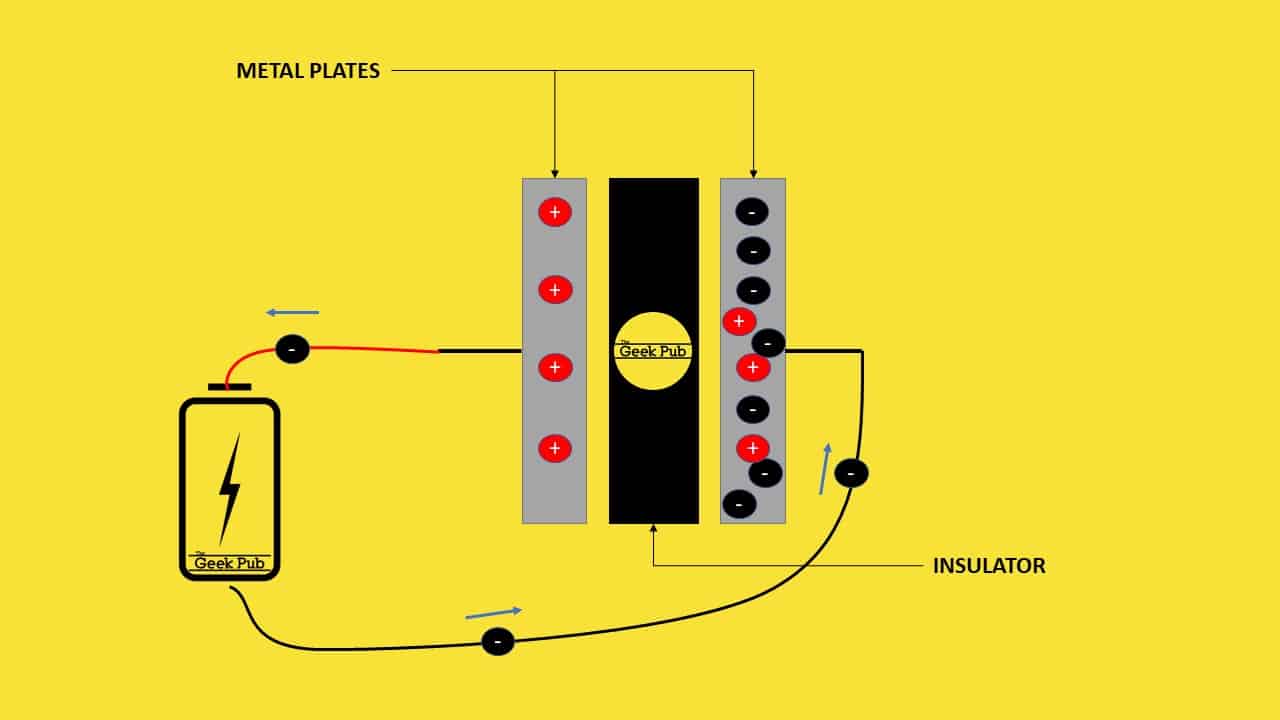 What is a Capacitor Dielectric?

Last up on our quest to answer the question “What is a capacitor?” we need to understand how the dielectric (insulator) works inside the capacitor.

Dielectrics contains molecules that are what we consider “polar”.  This means means that they can change their orientation based on the charges held within the two metal plates. Molecules will align themselves with the electric field. This has the effect of where electrons will be attracted to the negative plate, and repelling electrons from the positive plate!

When the battery or other power source stops flowing electrons to the capacitor, the capacitor will continue to hold this charge. How long depends on the type of capacitor and the materials it is made from.

If we connect something to the leads of the capacitor that draws current, such as a bulb, or LED.  Electronics will flow from the capacitor into the device until the capacitor returns to an electrically neutral state.  Capacitors don’t store a lot of energy compared to batteries, and they discharge rather quickly. This makes them perfect for many uses which we will talk about in future tutorials.

If you have a question, leave it in the comments below!  You may also want to view our tutorials on other electronics topics, such as Resistance Explained, or Introduction to Voltage. 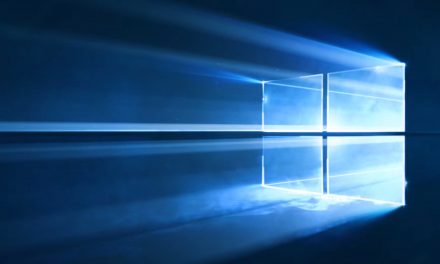 How to set Windows 10 to Auto-Login 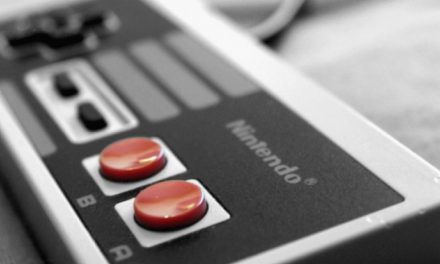 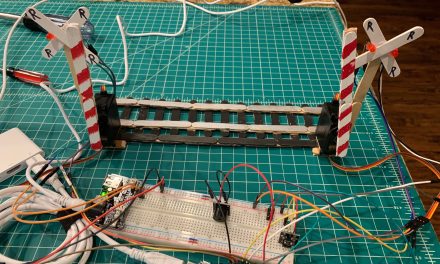 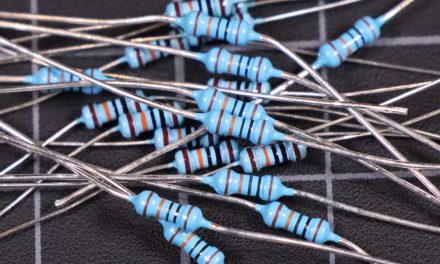